A lot of golfers suffer from an overly steep downswing. Which is sad,
real sad, because that’s one of the biggest causes of a slice and weak
shots that balloon up the air and go nowhere.

It’s also a big reason why golfers hit all of their irons about the same
distance.

However, the steep downswing is really the result of everything that
has happened prior, and from a transition NOT led with the lower body,
and the hands being used improperly.

Even if you learned to start your downswing with your lower body first,
you could very well still be swinging down too steep – causing an out
to in swing path which produces pulls, sliced shots and pull slices!

Why would that still be happening?

Because if you’ve been swinging down too steep for a long time and
you’ve never done anything with your hands to change it, then it will
be a habit.

I have heard instructors say to fix an over the top problem you just
need to get the body movements correct in the transition and the over
the top problem will be sorted. But that’s B.S.! Because the body and
HANDS need to be trained at the same time to fix this problem once and
for all.

Now if you’re one of the lucky ones that doesn’t suffer from an overly
steep downswing, today’s drill will still be great for you to do. This
drill will reinforce the correct club movement when you’re transitioning
the club into the downswing.

What is the correct transitioning of the club into the downswing?

Very simply, when you’re changing directions from your backswing to
downswing, your club should move to the left.

This is one of the toughest moves in the transition for a golfer to
perfect.

Because it’s generally the complete opposite of what a golfer has done
their entire golfing life.

But once you learn and perfect this move, it will make a HUGE difference
to your golf swing and ball striking. Because this move is what really
separates a great ball striker from an average one, as it’s the complete
opposite of what an average ball striker generally does.

To get a feeling for what should be happening with the golf club during
the transition, I want you to get your driver and swing to the top of
your backswing and then stop.

…then start your transition with your lower body and at the same time
move your driver to the left.

When you do this it will probably feel very, very strange at first,
because it’s the complete opposite of what you’ve been doing. And the
only way of getting over this is to keep doing this movement over and
over again.

But if you’re struggling to get the correct feel, think of turning your
hands like you would when opening a door that has a knob type of
handle. At the top of your backswing you should be turning your hands
so the club flattens.

If you would like much more instructions on how to do this, along with
a video of a drill that will quickly teach you how to have the correct
hand action at the top of your backswing and into the downswing, I
suggest you get this special on the new Pro Draw System. Because on Day 10 of that program you’re shown in great detail what
you can use to perfect this “flattening the shaft” move, so you can
swing down on a shallow, inside swing plane, which naturally will help
you to hit a pro draw like Rory McIlroy.

However, that “turn the handle” move is part of an intelligent 17 day,
step-by-step plan to finally have you hitting professional looking draws
that look like Rory McIlroy.

Golf is going to be more fun for you when you do that… and just imagine
the looks on your playing partners faces when you hit your shots
consistently with a pro draw.

If you want to once and for all, hit consistent, powerful draws like a
pro, then you’ll want to go here and get this Pro Draw Program now.

The price on this, along with the iron-clad guarantee, makes this a no-brainer
if you want to hit shots that look powerful and feel great.

Not to mention the extra distance you’ll pick up by hitting a pro draw…
and the looks on your playing partners faces with your new ball flight
will be “priceless”.

If you’ve lost distance due to age you will most certainly want to get The
Pro Draw System now, because a draw goes a lot further than a fade/slice.

==> Go here to get The Pro Draw System On Special Now!

Have a great week perfecting your new, powerful and professional draw.

Previous How To Play Golf In The Zone 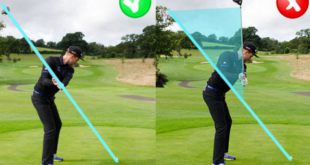 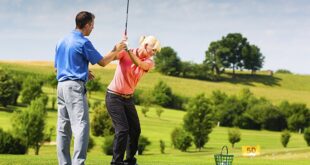 I Continue To Learn 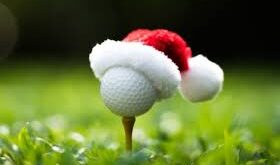